Off The Rails Neuro Consult

Dr. Neeraj Dubey, was planning to take a family vacation in Montana. He flew from Newark to Chicago on Friday night, and was staying overnight in Chicago until they could board the Amtrak Empire Builder. This train runs from Chicago to Seattle. They planned to get off in Whitefish, Montana for their stay.

About 7:30 Friday night, Dr. Dubey called our call center and said that TSA dropped his laptop computer and it had stopped working. He needed to get another laptop for his trip. Fortunately, Net Medical‘s software does not store any patient information on remote computers but we needed to get the basic programming installed for him.

Oh! My!!!. Our program management team got into action. We were going to have to send a laptap computer counter to counter with the airlines or alternatively, have him purchase a new computer in Chicago.

Unbelievably, Best Buy was a half block away from his hotel near Michigan Avenue in Chicago and Saturday morning, Dr. Dubey purchased a new 4k HP computer. Net Medical Program Mangement conditioned his new computer in about a half hour on line and he was all set.

During the trip, on Sunday afternoon, aboard the Empire Builder Amtrak train, Dr. Dubey handled a case at one of our covered hospitals. The train is equipped with Wi-Fi and the connection of both video, audio, and data was satisfactorily enabled.

I think this is the first time a teleneuro consult happened on a train. Dr. Dubey carries his equipment to all parts of the world. He has completed cases from Chamonix Ski Lodges in France as well as from 18,000 feet above the clouds in the Himalayas. 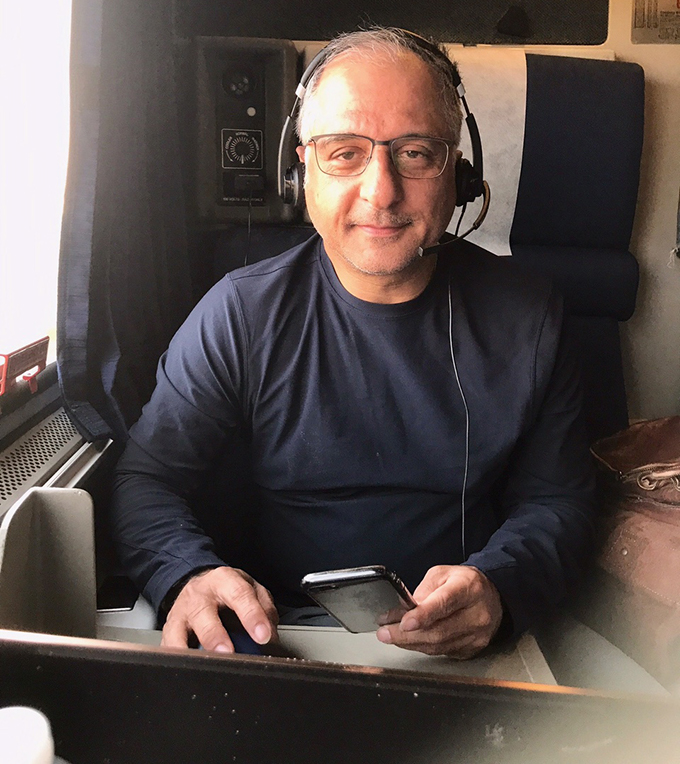 Modern technology is becoming the key to providing excellent specialty coverage. Net Medical and our staff of specialists are leading the way to providing emergency medical advice from just about anywhere on Planet Earth. Thanks, Dr. Dubey.